In the main game this afternoon Boronia 8.5 53 d Seaford 7.9 51 by 2 points. Some good signs with the younger brigade stepping up and Jess Bolton winding back the clock. It was a good result for the Hawks after being cleaned up by Seaford last year.

Earlier in the day, the Boronia Dev Squad defeated Seaford by 4 points in another very tight encounter. Final scores were Boronia 62 d Seaford 58.

Boronia Hawks Under 19’s Squad v Mulgrave at 10:00am at Tormore Reserve – presented by Ringwood Training

IN: Geraghty  OUT: Bowes

@boroniahawks Women’s Squad for Round 1v Donvale on Saturday at 10:00am at Tormore Reserve – Presented by Knox Club

It’s a Premiership! Our top ranked netball team, Boronia Hawks, has won the Grand Final in EFL Premier Division scoring 48 goals to Fairpark Yellow 32.  The Hawks were in great form from the outset.  They established an early lead and then stayed on top, pressuring the opposition, to record a very convincing win over last year’s premiers.

The incredible Nikki Phillips was presented with the Blue Ribbon Medal for Best on Court by EFL CEO Phil Murton.

Congratulations to Petra Keogh from @boroniahawks who has announced her retirement in the best possible way – with a premiership medal around her neck! Many thanks for your fantastic contribution to our netball program Petra!

U19’s Squad for Preliminary Final v Park Orchards at 10:00am on Sunday 10 September at East Burwood – presented by Knox Club. 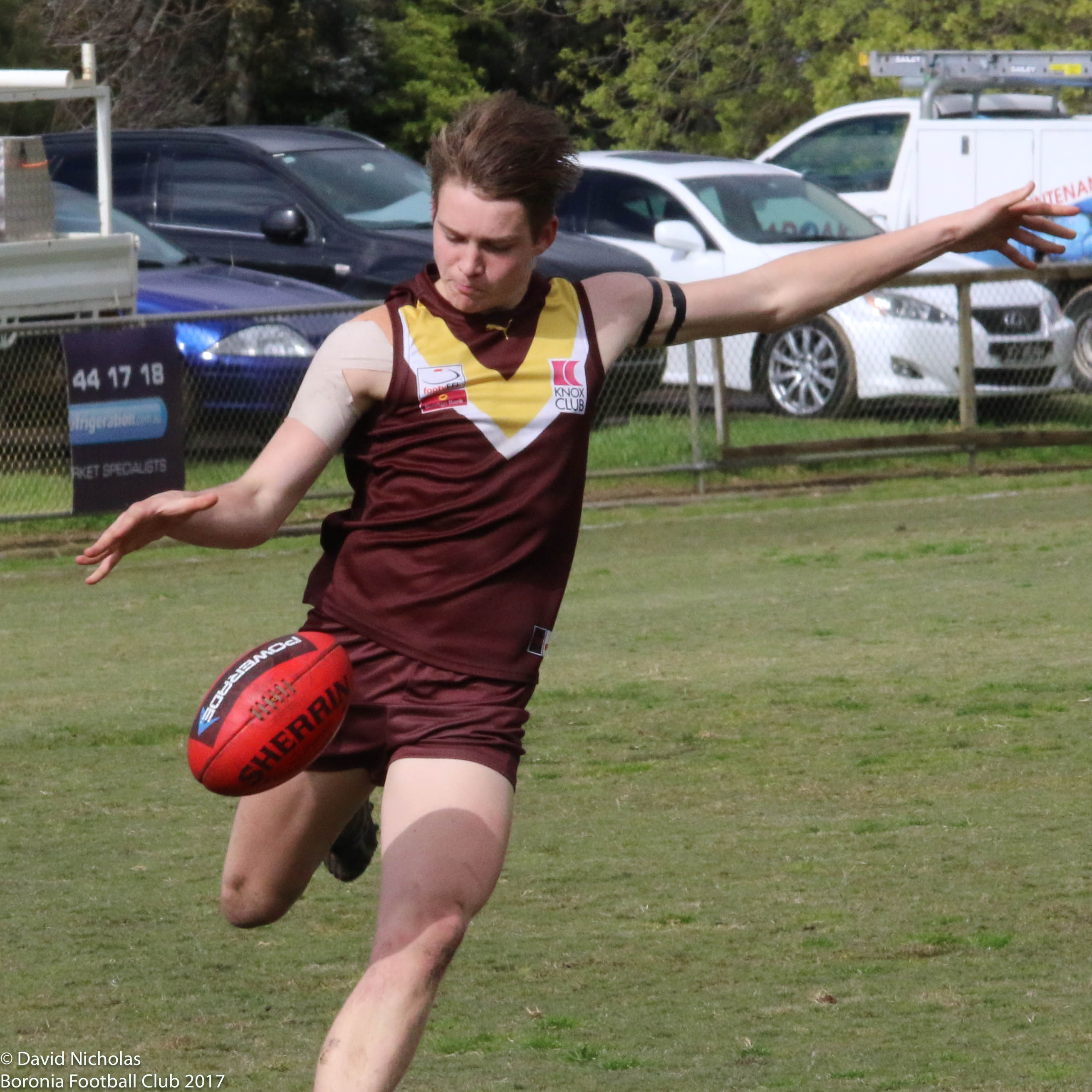 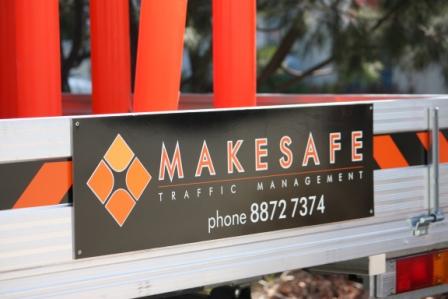 U19’s Squad v Chirnside Park at 10:00am at Tormore Reserve

IN:  None  OUT:  Bailey Campbell, Harvey Chinn, Harry Fewson.

Veterans Squad to play Forest Hill at 2:30pm at Tormore Reserve on SUNDAY

Seniors Squad for Round 14 v The Basin at 2:10pm at Batterham Reserve

IN:  Luke Leeson OUT:  Harry Burgess

Development Squad for Round 14 v The Basin at 12:05pm at Batterham Reserve

* Bailey Campbell from Boronia Junior Football Club is selected for his first game with the U19’s.

Seniors Squad to play FTG at 2:10pm at Tormore Reserve for the BEYOND BLUE CUP.

Development Squad to play FTG at 12:05pm at Tormore Reserve

Veterans Squad to play South Belgrave (away) at 2:30pm on SUNDAY

Boronia Football Club plays Ferntree Gully Football Club for the beyondblue Cup this Saturday at Tormore Reserve. This is one game that needs ALL @boroniahawks supporters to come along to support a worthy cause, with a special meaning for these two clubs.

It is beyondblue Round in the EFL as this weekend’s clash between Division 3 finals aspirants Boronia and Ferntree Gully carries extra significance with the sides competing for the fifth annual beyondblue Cup.  beyondblue aims to promote good mental health and improve the lives of individuals, families and communities affected by depression, anxiety and suicide.

The Boronia Football Club along with the Ferntree Gully Football Club have both been touched by great loss and tragedy in the past year relating to mental illness.  Both clubs will be doing their part to raise awareness of mental health by taking part in the beyondblue cup this Saturday at Tormore Reserve in what is set to be a significant day for both clubs, the EFL and the community as a whole.

The beyondblue Cup has been played annually in the EFL since the League successfully launched the initiative back in 2013 when the inaugural match was played between Balwyn and Noble Park  This was also the EFL’s first entire round dedicated to beyondblue.

Boronia president Kristan Wood spoke of this significance surrounding this match and the importance of raising awareness for mental health.  “It’s going to be a big day,” Wood said.  “Obviously there’s a lot of noise about mental health at the moment and I don’t think there’s been a lot of time put into mental health until recently.”

According to beyondblue, evidence suggests that three in four adult mental health conditions emerge by age 24.  As the majority of players at football clubs would be in the vicinity of this age, the importance of creating an environment where players can feel comfortable about opening up and reaching for help has never been stronger.

“We had SALT (Sport and Life Training) come out and talk about mental health and wellbeing and I think the biggest point was that we are an extended family, a football club and there’s always someone in the club you can talk to if you’ve got issues,” Wood said.  “A lot of players don’t feel comfortable talking to their own families so if there is someone at the club they can talk to then they’ve got an outlet.  “I think it lifts a weight off their shoulders if they do have someone to talk to and they’re not holding it in and trying to deal with it by themselves.”

The significance of events like this and the work beyondblue does cannot be underestimated.  Suicide is the biggest killer of young Australians and each year, approximately one in every five Australians will experience a mental illness.  It is important that awareness is continually raised and in the sporting landscape, the most awareness in the public forum comes at the professional level.

Mental health has been in the spotlight in the AFL world recently with a number of players including Western Bulldogs duo Tom Boyd and Travis Cloke along with Collingwood’s Alex Fasolo all publicly announcing they are dealing with mental health issues.  Hawthorn’s Josh Gibson also recently revealed he has received professional help for his battle with severe anxiety.  This comes after two high profile figures in the AFL industry in Lance Franklin and Garry Lyon both took an extended time away from playing and media roles respectively in the past couple of years.  It is becoming more and more common for players to publicly reveal they are struggling with mental health issues and they are encouraged to do so in order to get help and try to deal with their issues as best as they can.

The focus on mental health has never been stronger in the football world than it is right now and an advocator for this is North Melbourne premiership player and media personality Wayne Schwass.  Schwass dealt with clinical depression in a time where mental health wasn’t talked about openly as much as it is today.  He has since spoken openly in a video package ‘Wayne Schwass on Mental Illness – beyondblue’ which can be found on North Melbourne’s official YouTube account.

Schwass recounts the day-to-day struggle during his AFL career when he was at his lowest points.  “I was living a lie, spending all of my waking hours making sure that everybody else around me thought that I was okay,” Schwass told North Melbourne Football Club in 2014.  “I was scared to tell people, I was ashamed, I was embarrassed.”

Opening up and talking to people you trust is something that is important for people who are dealing with mental health issues and Schwass believes it was the stepping stone to turning his life around.  “The biggest thing that I ever did for myself was own up, become honest, accept the situation, bring those closest to me in to what I was dealing with and I got my life back,” he said.  “This is an incredibly difficult and insidious illness that you can deal with but at the same time if you get help and you ask for help earlier you can still have a very productive and enjoyable life.”

The football community is only a section of the entire population and the beyondblue Cup can help raise awareness for not just the clubs competing on Saturday, but also the entire community as a whole.  A mental health issue can affect anyone so it is essential that sporting clubs can help unite people and promote the importance of good mental health whilst creating an environment where people are comfortable talking about mental health and are able to ask for help when they are in need.

Boronia’s Club Chaplain, Rick Castricum is available any time for a chat.  Please contact Rick on 0418 375 377.

If you or someone you know needs help, please contact the beyondblue Support Service which provides advice and support via telephone 24/7 (1300 22 4636), daily web chat (between 3pm–12am) and email (with a response provided within 24 hours) or call Lifeline on 13 11 44.