Congratulations to all our netballers on another successful season, with all teams making finals and Boronia Hawks winning the Premier Division flag.

Congratulations to Ryan White on winning the 2017 Rising Star Award presented by the Past Players and Supporters Group.

Congratulations to all the players who were recognised for their success in season 2017 at the Bob Henry Medal Night.

Jess Bolton – Runner Up in the Seniors Best & Fairest.

Jarrod Eccleston – Runner Up in the Best & Fairest

Jayden Purdon – Runner Up in the Best & Fairest

Brad Mills – Runner Up in the Best & Fairest

NEW Boronia mentor Matt Clark says the club’s exciting young list convinced him to continue his coaching career after departing neighbouring Wantirna South.  Clark said he intended to have a year away from coaching in 2018 after a seven-year stint at Walker Reserve.  But the prospect of developing Boronia’s emerging players proved too good an opportunity to turn down.  Clark replaces Peter Brown, whose contract was not renewed after the Hawks missed finals this year despite recording more wins than 2016.

“That was probably my mindset the whole way through to take a year off, but it was such an attractive club that the way they presented, it talked me out of that,” Clark said. “The whole way along I was leaning towards, strongly leaning towards, taking a year off just to reset but when Boronia’s job became available I think it was probably too good (an opportunity) to not take.”

Clark said the prospect of working with Boronia’s young talent, which includes a host of former TAC Cup players, enticed him to take the top job.  “I’ve admired them from afar, just how impressive their whole off-field set up has been and they’ve blooded a lot of kids so credit to the previous coach,” he said.  “I think they’ve got a bit of work to do but they’ve got the potential to get improvement.”

Clark, who will be joined by former Devils assistant coach Steve Teakel, took Wantirna South from Division 3 to Division 2 after winning the 2014 premiership and steered it to last year’s second-tier decider.  He said he was hopeful of achieving similar success at Boronia.

“I’m confident that what I can bring and support I’ll bring, if matched by their enthusiasm, we’ll get improvement but where that improvement takes us is hard because I don’t know the players,” Clark said.  “I’ve spoken to a few of them on the phone already and I’ve been absolutely impressed with their attitude and willingness to want to go places.”

Boronia Hawks Football Netball Club was well represented at the 2017 EFL Chandler Medal Night across both football and netball. 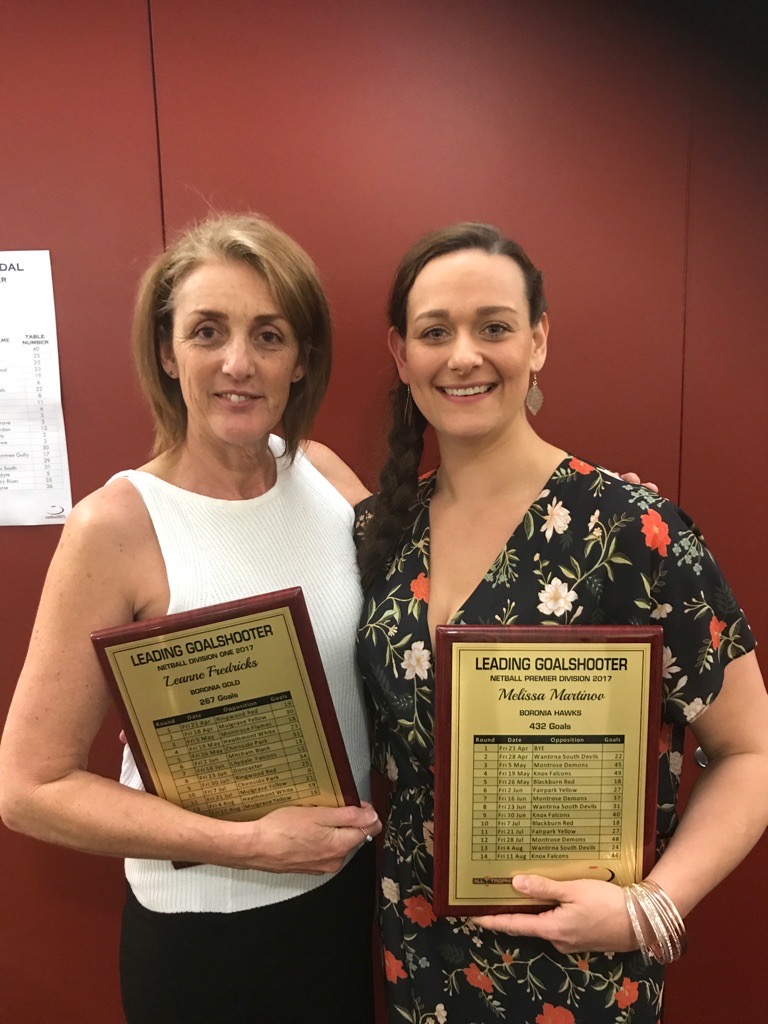 Congratulations to Mollie McMahon from Boronia Brown who was runner-up in the Division 4 Best and Fairest.

A sensational result for Boronia Hawks Netball to have four members of our premiership team named in the #EFL Premier Division Team of the Year! Congratulations to Petra Keogh, Mel Martinov, Bec Allen and Nikki Phillips! 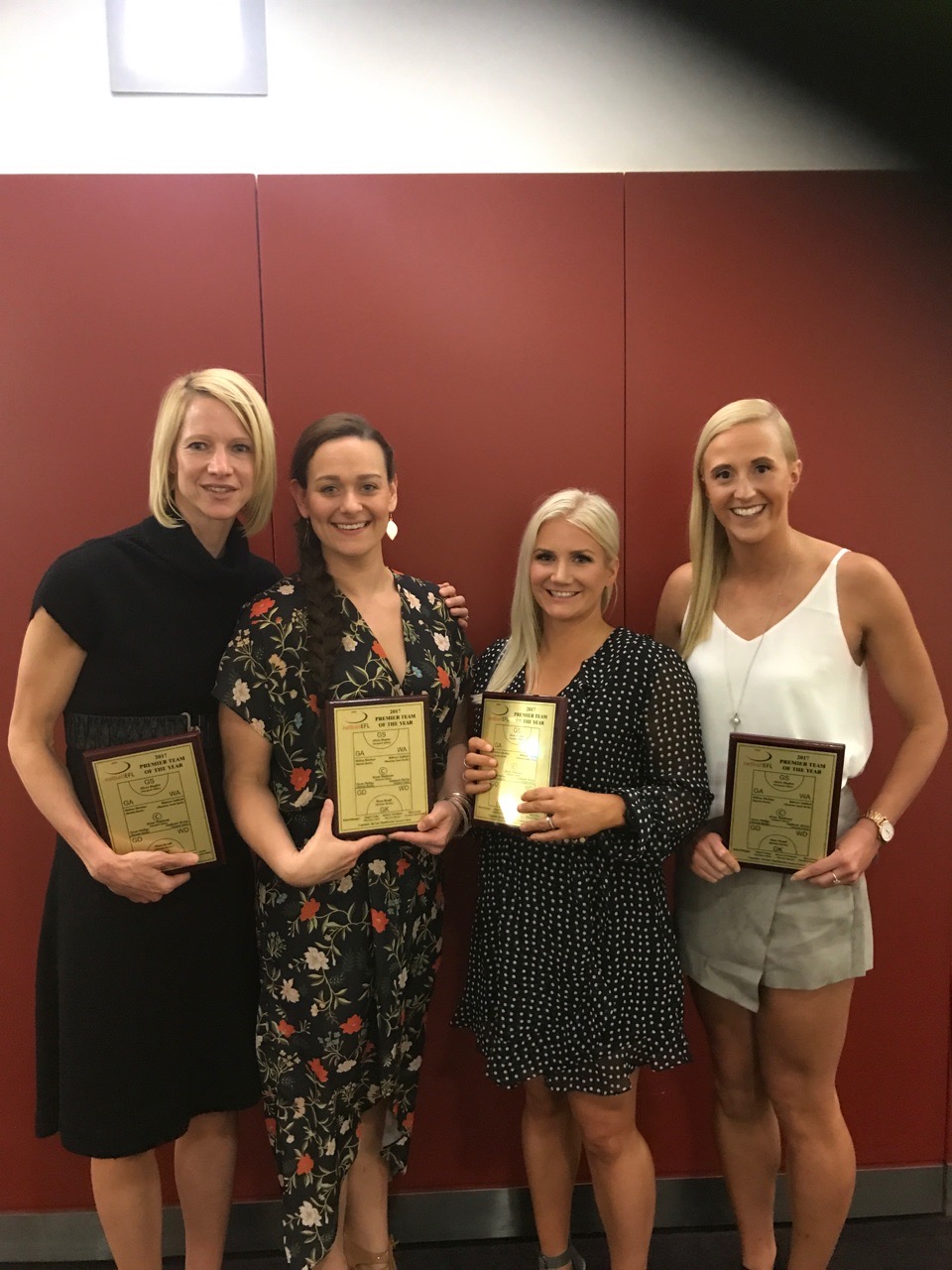 Congratulations to Jess Bolton on being named in the #EFL Div 3 Team of the Year for the 5th time. 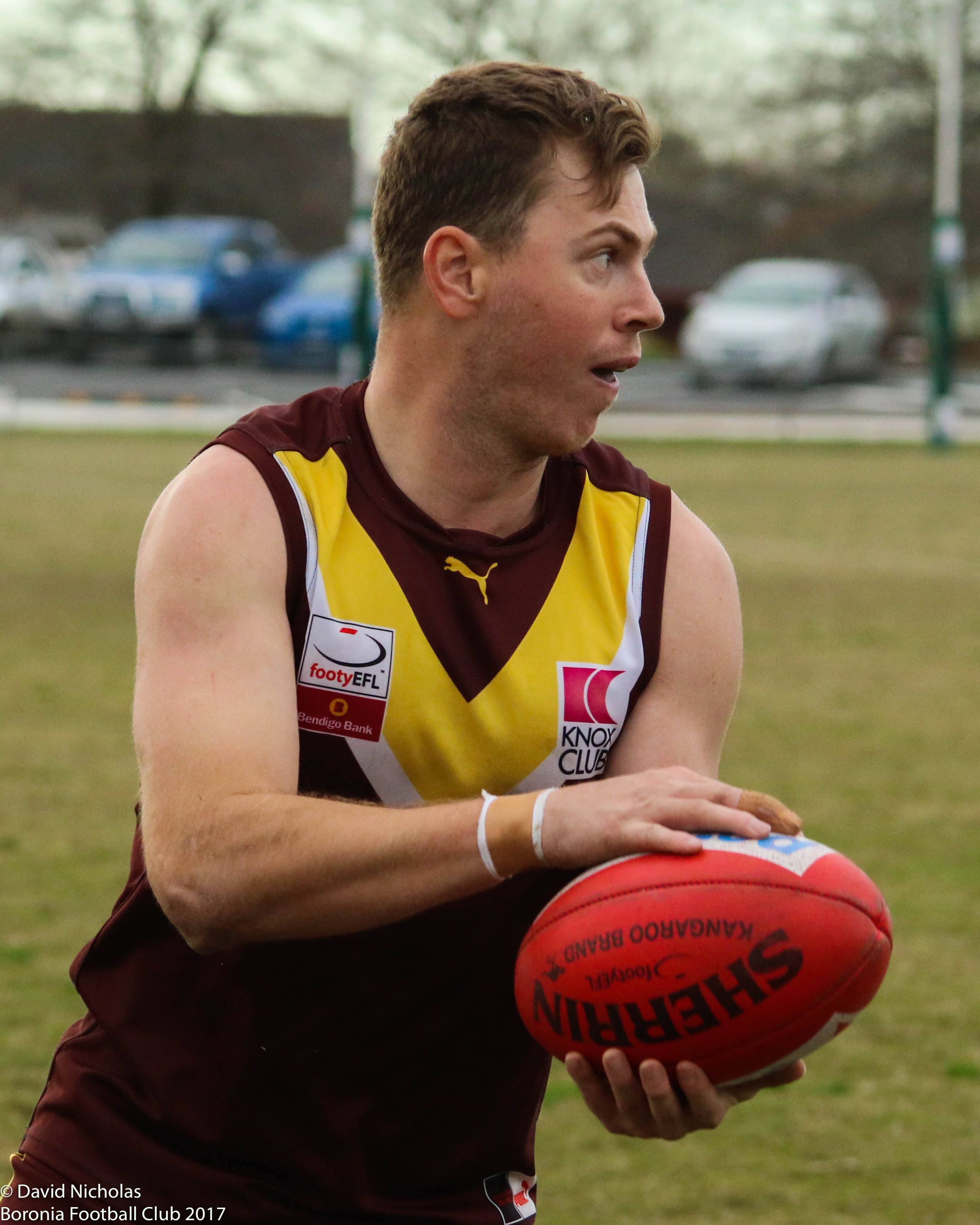 Boronia Hawks Football Netball Club is pleased to announce Craig “Fletch” McKenzie as the Coach of potentially our most important group of players, our Under 17 and Under 19 Squads.
Fletch’s mature approach and his great appetite to develop and mentor young men makes him the ideal person to continue to grow our already successful “One Club” approach.
Here is a breakdown of the legacy that Craig has already built at the Hawka:
Please join us in congratulating Fletch on his appointment.
Kristan Wood,
Chairman
BORONIA HAWKS FOOTBALL NETBALL CLUB
Message from Craig McKenzie
Besides those personal achievements, without a doubt my best achievement is the number of senior players I have been fortunate enough to develop.  Watching them play each Saturday afternoon is an absolute thrill and highlight for me. I can’t wait for our new systems and innovative programs to be brought to life so even more high quality people and footballers lead this great club to the inevitable future success.
Fletch
The Chairman and Board of Boronia Hawks Football Netball Club are very pleased to announce the appointment of Matthew Clark as our new Senior Coach.
Matthew has been the successful senior coach of Wantirna South Football Club for seven years, taking them to the Division 3 premiership in 2014.  Prior to that, he was the Devils’ senior assistant coach for seven years.  Matthew was awarded Senior Coach of the Year for the Eastern Region in 2013, and was named Senior Coach of the EFL Team of the Year for Division 3 in 2014.  Clarky’s strong coaching philosophy, together with his commitment and experience, ensures he is well-placed to take our young group forward.
Assisting Matthew will be Steve Teakel, who was Matt’s Assistant Coach at Wantirna South. Steve brings a wealth of knowledge and experience with him to the Hawks and is currently AFL Victoria’s Coaching Development Manager.
We believe both men bring exceptional knowledge and experience to our Club and are very well equipped to continually teach and develop our young playing group.
Rounding out the announcement, we are delighted that Drew O’Hare will be continuing with the Club as an Assistant Coach.  Drew’s long list of achievements are well known to all of us and we are thrilled that he will be continuing on with the group in 2018.
We are very pleased to welcome Matt and his wife Tina, and Steve and his wife Ellen, and their families to Tormore Reserve.  We all now need to get behind Clarky, Steve and Drew and work together to make 2018 a successful year for the Club.  Go Hawkers!
Kristan Wood
CHAIRMAN
BORONIA HAWKS FOOTBALL NETBALL CLUB