The contest against second placed Heathmont was one that we knew was going to be a challenge, as we considered them to be one of the best teams we had played earlier in the season.  Going in slightly undermanned wasn’t ideal, but we managed to get a few on the interchange and we were satisfied that we’d done enough to prepare for the battle.

The second quarter was far more promising.  Our backline tidied up, which was no doubt assisted by the move of Fletcher Duke to CHB.  Our movement became more fluent and our disposal improved.  Jake, Harry, Hoff, Trent, Ben and Muels controlled the middle and we gave our forwards plenty of scoring opportunities.  As usual, Bakes was working hard and was well supported through the likes of Brody and Tuna, who played his best game yet.  The deficit at half time was now slightly reduced, although Hammer heading off in an ambulance and Lee Fletcher’s game ending due to a blow to the head meant we were now down to one on the bench.

Despite the adversity and lack of scoring “uphill”, we came out of half time positive and some blokes really displayed what it means to be resilient.  We found run through Ryan, Jacko and Dos, who was taking the game on and driving our rebound off half back.  The Heathmont class remained strong though and the quarter ended up being one that predominantly broke even.  We knew the last quarter was going to be a huge task with only one player on the bench.  We had blokes cramping and others with body complaints, but we managed to stick it out.  Whilst we couldn’t close the gap, the boys played the remaining three quarters with a lot of heart, integrity and trust.  To only let the margin increase by about 1 goal after half time is a sensational effort and with that in mind, we build confidence as we head into the business end of the season. Go Hawka! 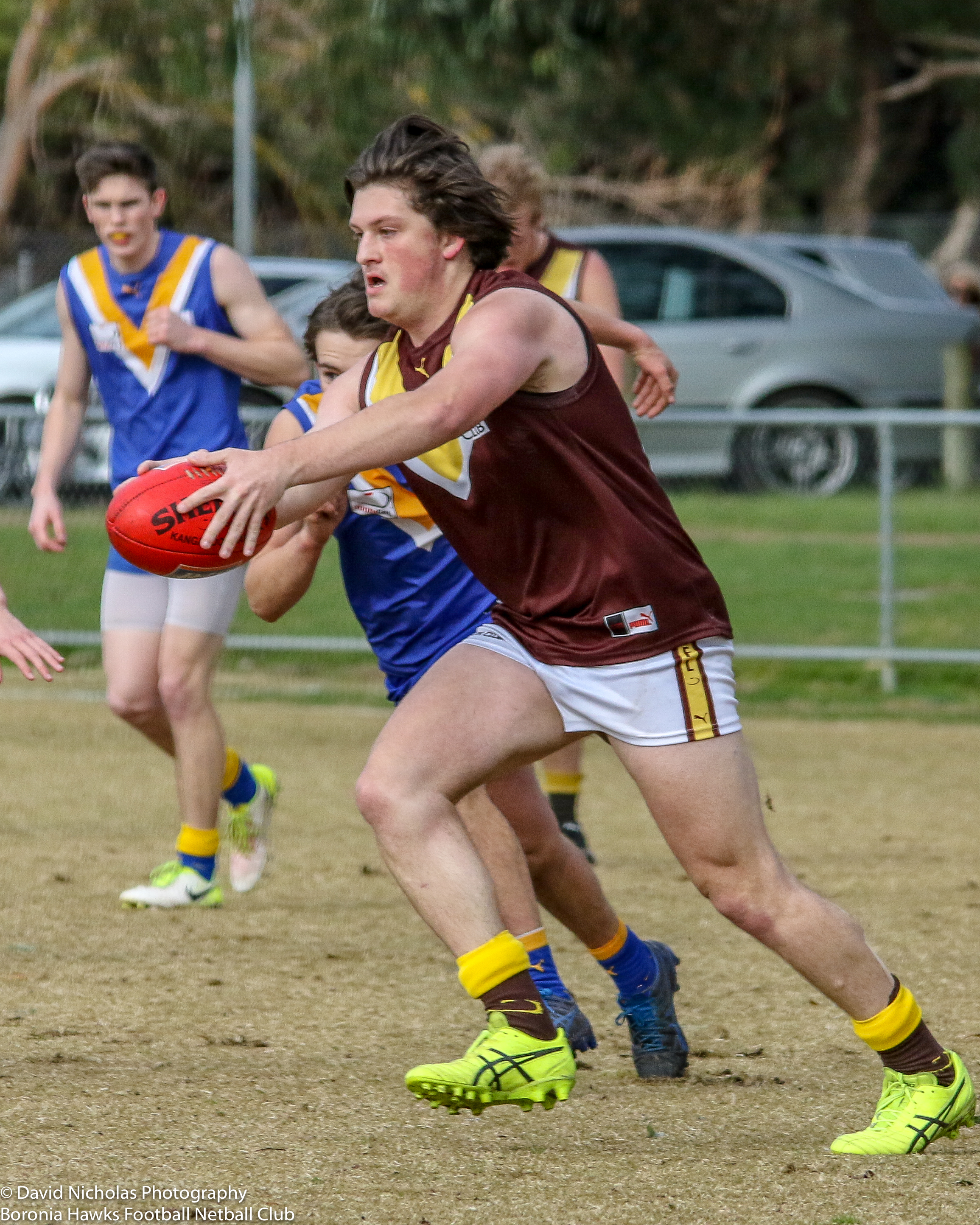