Round 16:  The Hawker vs Warrandyte (The Bloods) and a late change to the Hawker side would see Buzz rested and the opportunity for Dylan Dower to play his first senior game after a stellar year in the Development Squad. 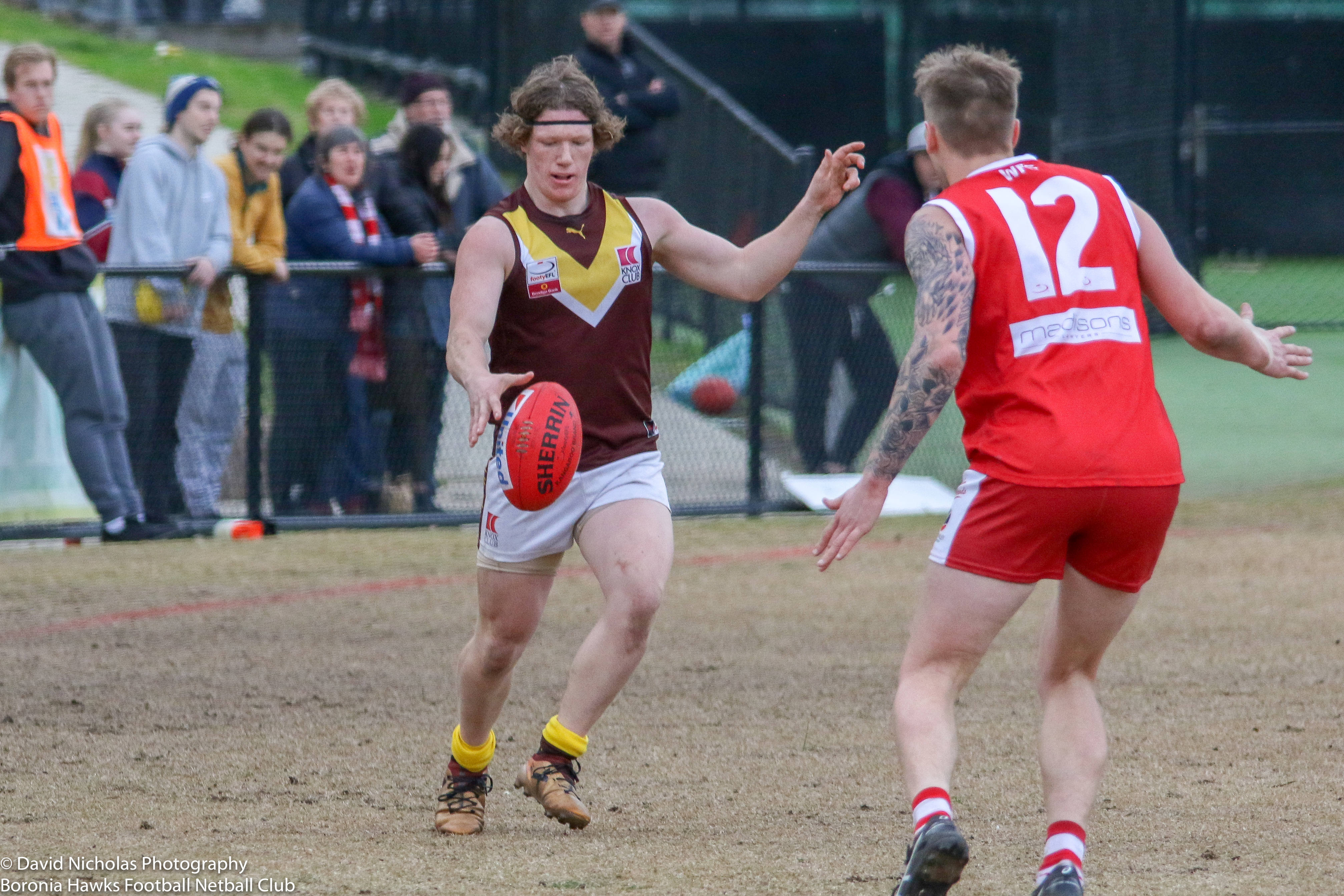 A very interesting first quarter as the Bloods took the early ascendancy and kicked the first 2 goals of the day.  They spread well off halfback, worked the ball long into their forward line. The Hawker looked pedestrian as they lamented between first and second gear.  It’s not that the Hawker played bad or didn’t create scoring opportunities: they just didn’t play with the intensity needed at senior footy.  This lead the Hawker to be beaten around the ground and were trailing on the scoreboard by 9 points at quarter time.  Both sides lost players to shoulder / collar bone injuries to reduce the bench to 3 players.  We wish Zac Dower a speedy recovery as he has made an outstanding start to his senior career.

The first bounce of second quarter you could see a lift in the Hawker.  The midfield lead by the Skip LMc and fed by Hendo & Steeley went up a couple of gears to dominate the midfield contest.  The Bloods were not resting on their first quarter heroics and still cracked in.  The Hawker had the answers to the aggression, spread and running game they play so well on their home deck to allow the Hawker forwards to put scoreboard pressure on their opponents.  The Hawker took a 6 point lead into the long break kicking 3 goals 4 to 1 goal 1 to the Bloods. 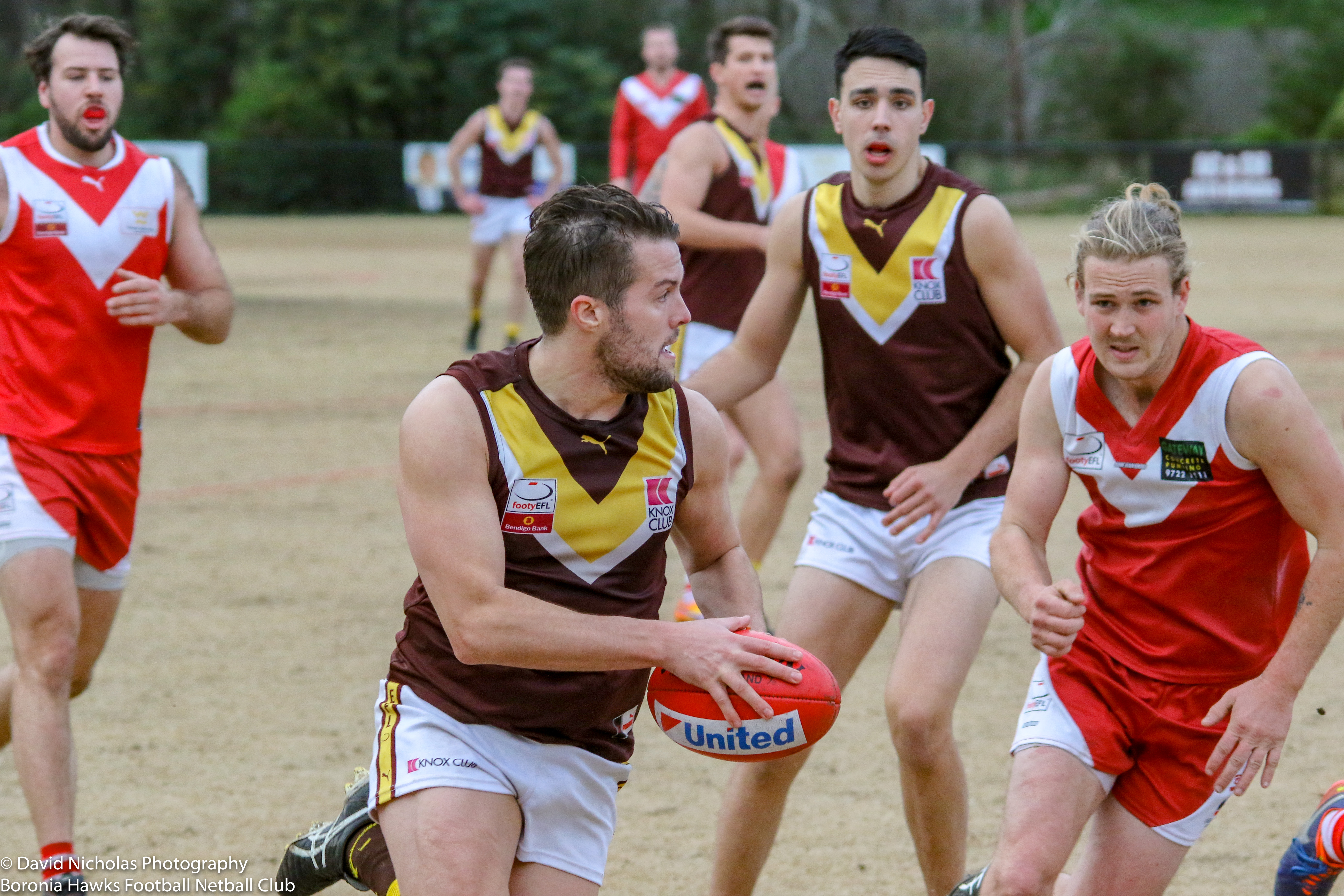 The 3rd quarter saw the Hawker bench reduced further with only 2 fit players available for rotations.  Kicking against a slight breeze the Hawker wanted to, and did, make a statement to put the Bloods under pressure in what they call the premiership quarter.  The backline controlled the Bloods forwards in conjunction with the Hawker dominance in the ruck to give the midfield first use to feed the Robbo & Robbo Show up forward.  The Hawker outscored the opposition 6 goals to 1 to take a 37-point lead at 3/4 quarter time and to come home with the breeze in the last. 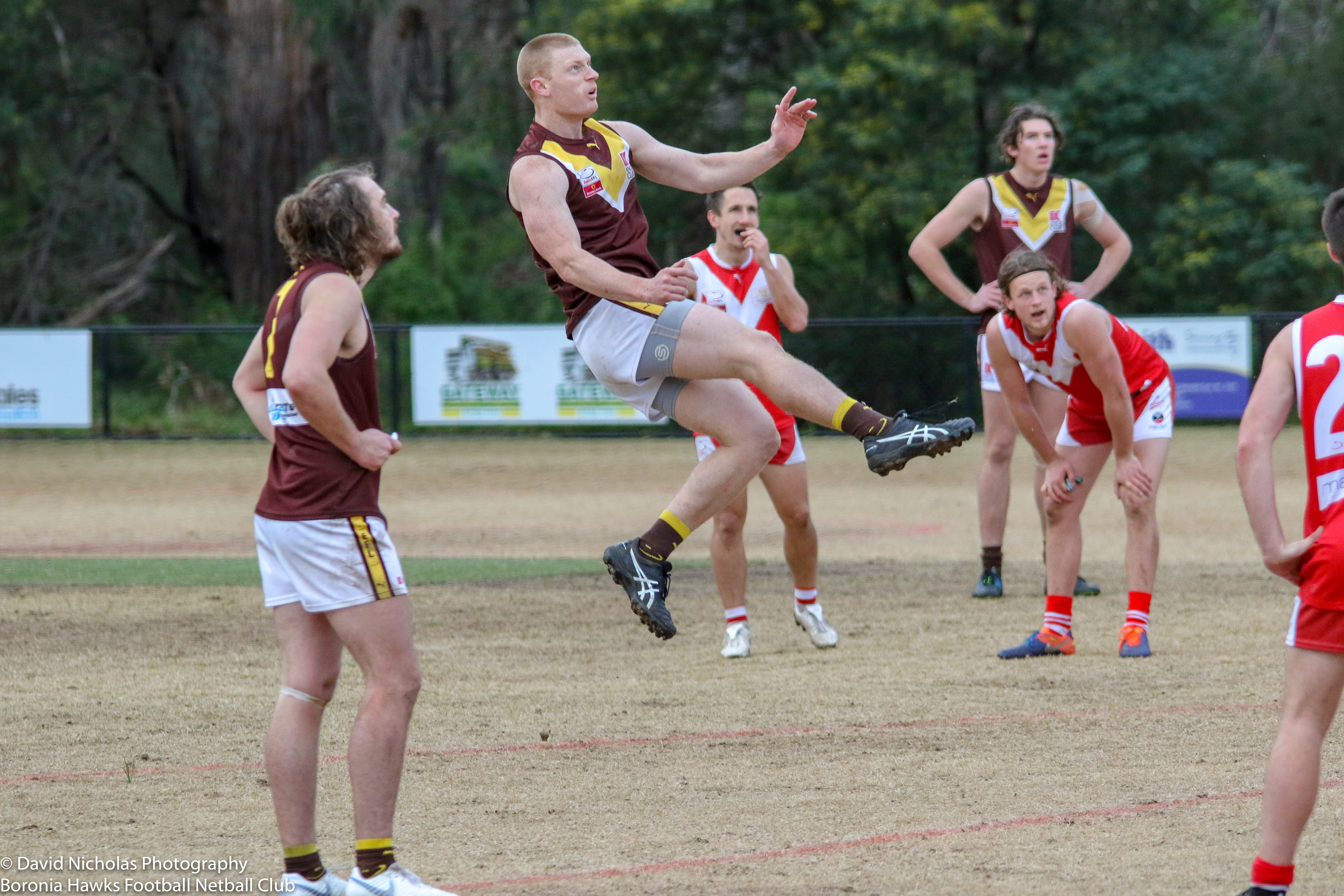 The last quarter was all about the Big Dog “Robbo Senior” as he put on a football clinic.  Robbo was moved deep into the forward line after a couple of injuries and said to his team mates “this is my back yard, just get out of my way”!  Robbo’s marking has always been a feature of his game but he has added roving skills to his resume, kicking 2 goals by scouting the ball off the pack.  Add another 2 goals he kicked from contested marks and he had a fair day by kicking 7 goals straight, along with 15 scoring involvements. The Hawker’s day started slow but once the engine room stepped up its intensity out of the middle it laid a pathway for the Hawker to play team footy & win the contest by 66 points,

Special mention to Andy, Godders, Hammer, Rappa & Brayden Bowes who put the foot down when needed to stamp their class on the contest.