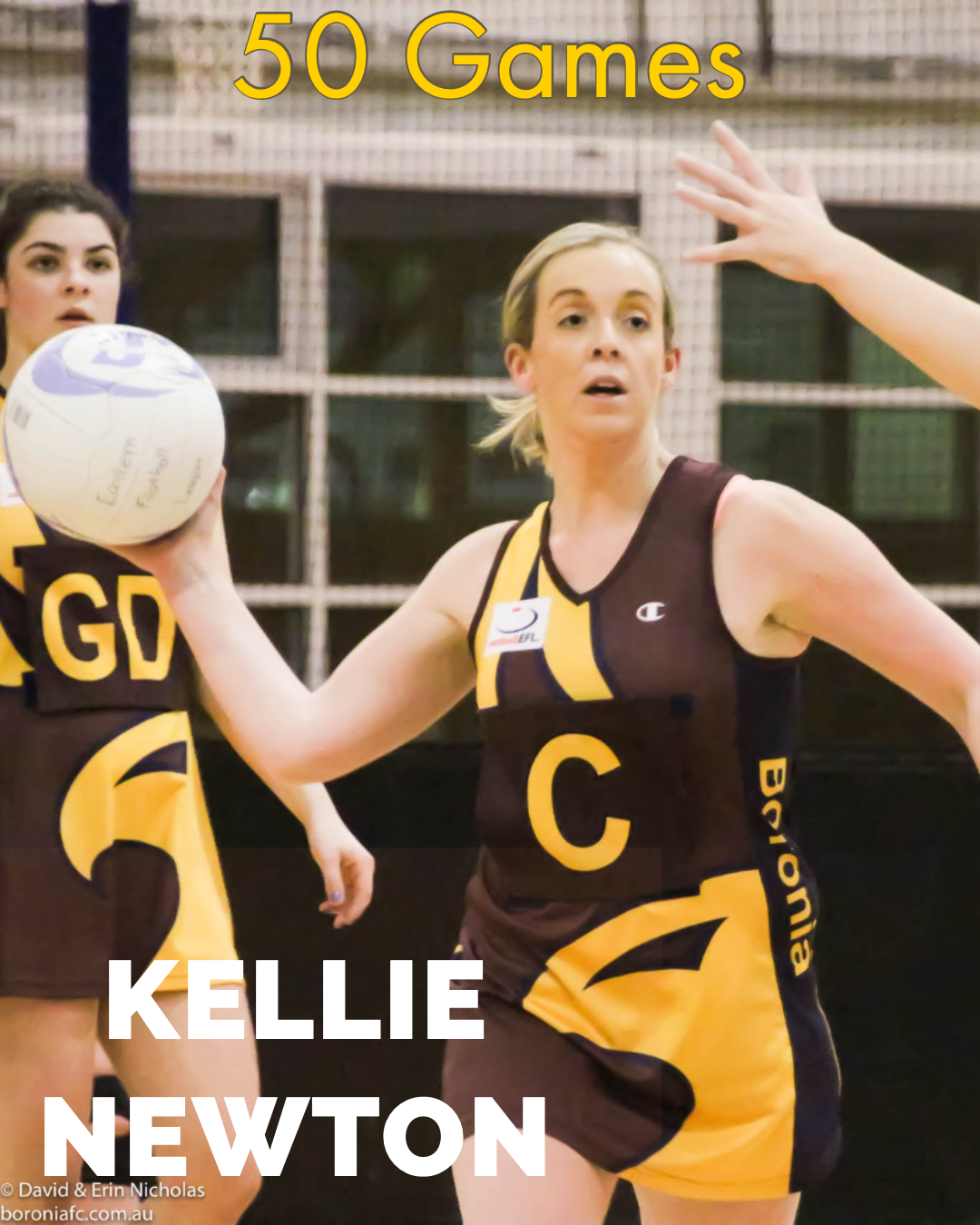 Please join us in congratulating Kellie Newton on achieving the milestone of 50 games of EFL Netball for the Club. Kellie was the founder of the Club’s netball program back in 2014 and was a member of the inaugural EFL Premier Divison premiership team in that same year. In 2018 the Club recognised Kellie’s contribution by naming the Club’s Netball B&F in her honour.