@boroniaFC_Netball is now accepting new players who are interested in joining the club for the 2017 Eastern Football League Netball Season.

In the 2016 season the club fielded three successful teams in Premier Division (3rd), Division 1 (runners-up) and Division 4 (3rd).  Any new players would be very welcome to express their interest in the new season.

If anyone has any queries please contact Bec McMahon on 0433 802 068 or rebecca.mcmahon12@gmail.com

A registration form can be found by following this link:
/boroniafc_netball-for-2017-sea…/ 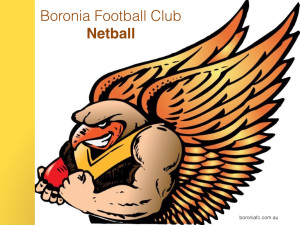 In the meantime, you can check out the 2015 Boronia FC Netball photo gallery by following this link to our @boroniafc_netball album on Facebook or see finals action from the memorable 2014 season.